Like most of those who do already tea ceremony know, Sen no Rikyu is the founder of "modern" Japanese tea ceremony, the chanoyu as we know it today. He is, of course, the key figure, for all chado practitioners and was a man of great respect. 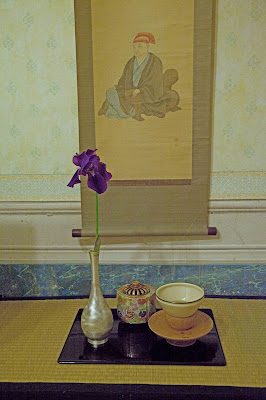 During its anniversary he is commemorated with a special tea ceremony called Rikyuki 利 休 忌 who often adding some variations as the seven lessons which I will discuss in depth in other posts. 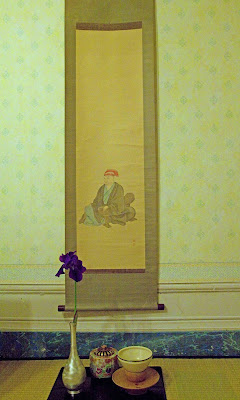 There is much confusion on the exact day of the commemoration of Sen No Rikyu depending if you see the ancient calendar or the modern, some are celebrating at the end of February while others at the end of March. 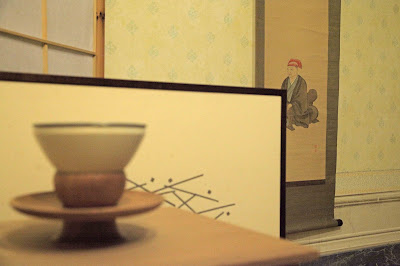 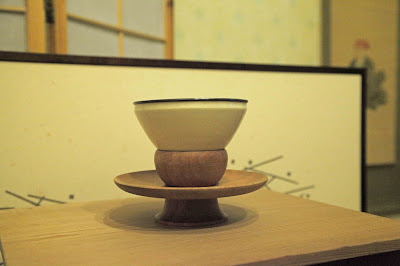 I respect the commemoration date used by Omotesenke School to which I belong: on March 28. 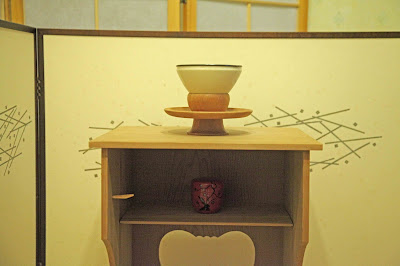 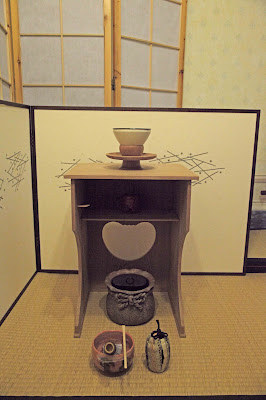 Using commemorate our "founder" doing to its image in the scroll, hanging in the tokonoma, an offer of a ritual tea bowl. This bowl is prepared as you would the noble or important monks (he was actually a monk), namely with the aid of a pedestal to put under the cup, called tenmoku dai. The bowl that we use is, infact, a strictly tenmoku style bowl in black or white. After the teacher has prepared the bowl she system it out of its tatami where the first guest take it to bring in the tokonoma, as an offering to the Master.
After we complete this procedure we do the usual ceremony of tea usucha where all guests are served. 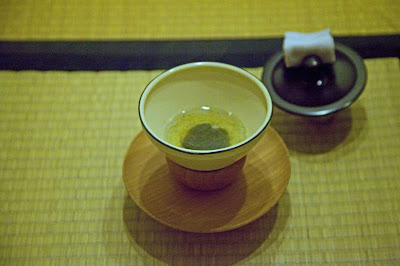 This occasion is not only important for the technical gestures, but also, and above all, to remind us that we are following the way: a way that is only superficially technical, but in reality is more complex if you want to live every day with the right spirit of chado practitioners.
Pubblicato da cerimonia del tè a 00:00