In Japan, tea ceremony is very tied to seasons and seasonal festivals and, when you think of a seasonal festival in early March, obviously, you'll think to Hinamatsuri or Dolls Festival Festival, also known as Girl's Festival. 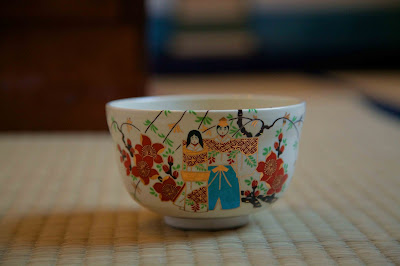 This celebration, which in Japanese is said 雛 祭 り, is the third day of the third month (that is March 3) and sees in their homes, the collections of the dolls of the family put on a display lined in red fabric. These pedestals made in "steps", can also be very large.
The dolls usually represent the Emperor and Empress, and many of their servants and their court, and are dressed in the style of Heian. 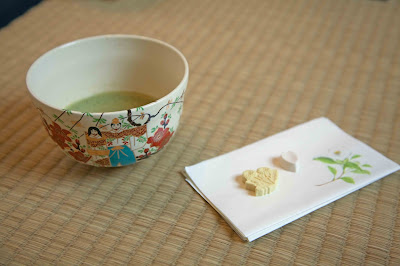 This festival is also called Girls Festival because when a child is born, into a family, parents buy  dolls (and often do it also friends and family) and, every year, during this festival, the whole family prays that the bad luck  fall on dolls rather than on girls. 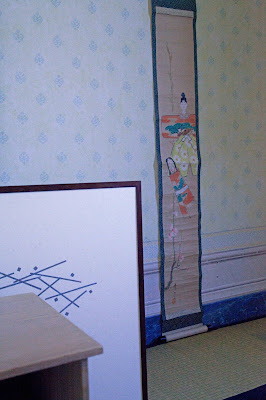 In March, Chanoyu uses objects, paintings and sweet with the typical designs of dolls of this Feast.
I decided to pay homage to this tradition using my cup with hina drawing depicting dolls dressed up in a tangle of branches with leaves and spring blooms. It 'a cheerful and festive chawan I love very much. 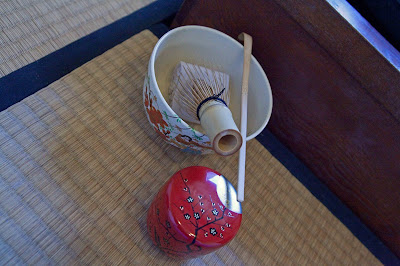 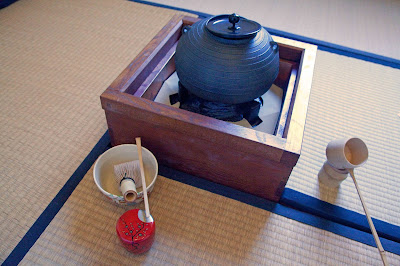 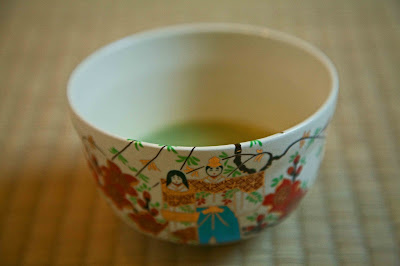 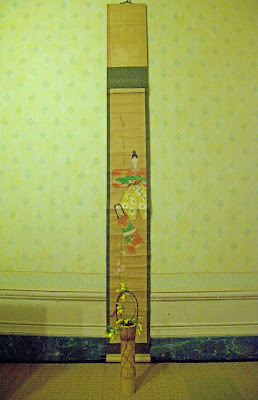 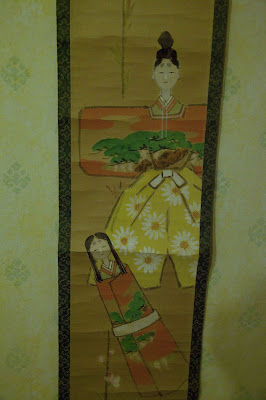